Temples of the First Capital $95 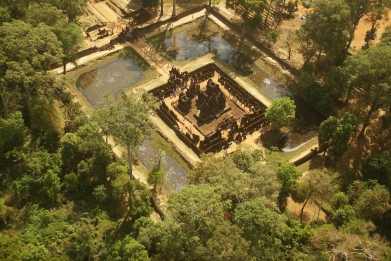 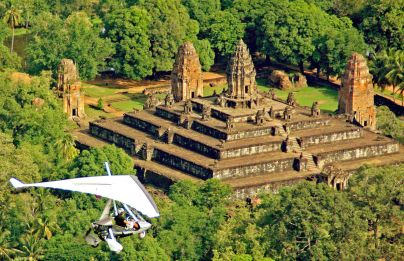 Soar above the first ancient Khmer capital and the temples of the Roluos group. The archeological site was the seat of King Hariharalaya and is located north of the Tonlé Sap lake.

Among the “Roluos Group” of temples are some of the earliest permanent structures built by the ancient Khmers. They mark the beginning of classical period of Khmer civilization, dating from the late 9th century. Some were totally built with bricks, others partially with laterite or sandstone.

A temple adventure from the sky! 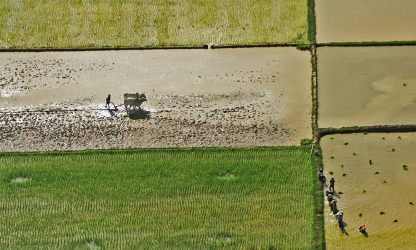 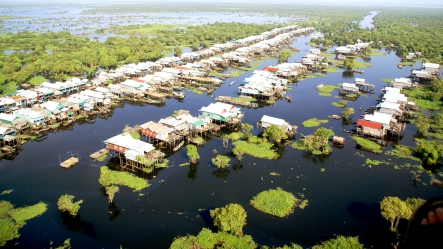 Soar above a floating village on the Tonle Sap Lake. The lake is Southeast Asia’s largest freshwater lake and a unique ecosystem full of life and biodiversity. Water levels vary considerably during difference times of the year.

Inhabitants living in floating houses, move their homes with changing water levels. In wet season, the floating villages anchor in a small inlet at the edge of the lake where there is ready access to fishing grounds and some protection from storms and waves. During dry season, the village is moved further out on the lake.

Soar above a floating village! 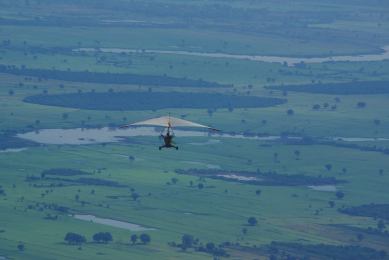 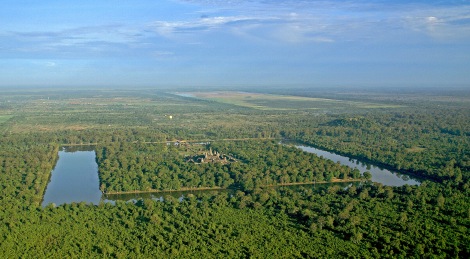 Angkor is a region of Cambodia that served as the seat of the Khmer Empire, which flourished from approximately the 9th to 15th centuries. The temples that were built during this time remain the largest religious structures on earth.

The Angkorian period began in AD 802, when the Khmer Hindu monarch Jayavarman II declared himself a “universal monarch” and “god-king”. The kingdom’s rule lasted until the late 14th century. Today remnants of this ancient civilization remain through these incredible stone structures.